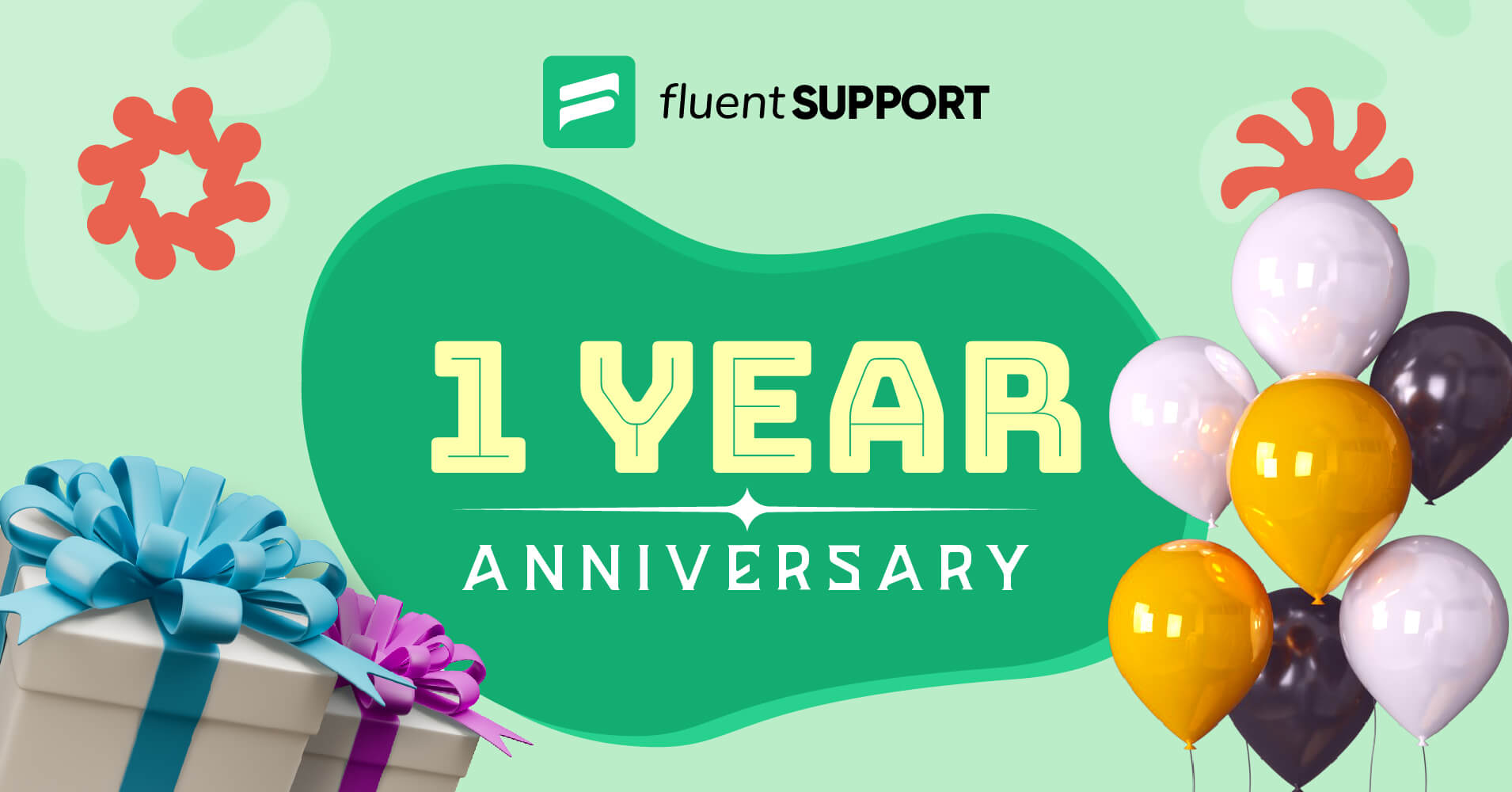 The idea of building our own help desk ticketing system was like an epiphany in disguise. Back in 2019, we were using similar technology for managing customer support. But boy was the experience clunky.

They were nowhere near giving us the functionality to support our 300K+ customers across 6 products. In early 2020, we’d had enough. It was time to solve our problem our own way.

So we gathered our best developers and support engineers and got to work. After just a few months, we had our own support ticketing system built by our incredible developers for your fantastic support team. But that’s only the start. However, we never thought of turning our DIY ticketing system into a full-fledged product. That’s why Fluent Support, as you see today, wouldn’t be available until the end of 2021!

After using it ourselves for the better part of a year (and tons of customer requests), we knew it was time to go big.

On February ‘21, the first build of Fluent Support was installed on the WPManageNinja site. Not many brands can say they are the 1st users of their own product. We can, and we’re proud! Fast Forward to November of the same year, and we’re at the official launch week for Fluent Support. It’s been an amazing year since then. To put such an incredible journey into words is tough, so here’s a gist of the challenges and successes we had!

To put things in perspective, here are some key numbers we like to focus on,

First off, Fluent Support got the warmest reception we could’ve expected. Our users, especially those using FluentCRM, loved the product. In this short amount of time, we became the fastest-growing support desk available on WordPress.

As we got to 4000 active installations, our developers we’re churning out new features almost every month. The fun we had developing these features is the driving force for our teams. In less than a year, our developers added 18 unique features to accompany Fluent Support.

Meanwhile, the marketing team was hard at work churning out effective content for customer success and service teams to offer value no one else was at the time. In less than a year, we’ve published 80 blogs and released notes to guide and inform our users.

However, our support guys are the real heroes of this story! Not only did they help build Fluent Support, but they’re also making the best use of it, clearing ~20000 tickets for all WPManageNinja products in 2022!

Every journey has its ups and downs, and this one was no different.

To put all the wins (big and small) in one article would be impossible. Here’s a glance at the milestones we achieved in just 1 year.

Firstly, Fluent Support is powering more than 4000 businesses, and the number is growing steadily. We’re more than hopeful to double this number within the next year. But enough with our journey, and let’s focus on how Fluent Support progressed through its 1st year.

Fluent Support had the most crucial features for a support team right off the bat, but we weren’t going to stop there. Since being launched, Fluent Support got 18 new features and countless improvements, including,

We knew tickets were messy! So Fluent Support needed an elegant system to make ticket management fun and fast. Ticket advanced filtering lets users sort and manages tickets based on a number of parameters. No other support desk on WordPress can beat the functionality of Advanced filtering.

Most CRM and business tools support webhooks, and Fluent Support had to make the most of this. Webhooks lets you connect Fluent Support with any number of tools that you need. Connecting and mapping information on webhooks is simple, making your support dashboard the home for everything you need.

Our agents and (several customers) wanted a home for the support agents. We thought that was a reasonable ask. So we got to work and developed a dedicated dashboard for agents without having to sign in to the webpage.

Another feature requested by our users is an auto-closing module for Ticket management. The feature was difficult to implement as an integrated feature, so we went for the module approach to keep the original framework unchanged.

The last major feature for the day is our brand-new ticket migration feature. We understand a ticketing system is more than just a way to manage customer complaints. It’s also a repository for tons of invaluable information. You can now bring all that information into Fluent Support when you switch from your old system. Currently, it’s possible to migrate from Awesome Support, Help Scout, and Support Candy. We’ll be adding more migrators in the upcoming updates.

Our updates aren’t just about new features. We strive to improve existing features to maximize the benefits a customer can get from Fluent Support. With that in mind, we kept improving on all possible features. A short summary of the improvements is as follows,

Workflows are how automation works in Fluent Support. To increase the automation capabilities, we added 2 new triggers and added unique conditions for FluentCRM, and inbox checking. Along with that, we’ve added a new action for triggering outgoing webhooks.

The second largest improvements came for support managers and supervisors in the form of new and improved reports. Reports now let you monitor daily and weekly activities along with detailed activity logs for all agents. To make it easy to compartmentalize, we also added agent privileges for all these reports, so managers can stay in control of the team’s performance.

Integrations make things a thousand times better. So we wanted Fluent Support to have all the necessary integrations for businesses on WordPress. This included improvements to the WooCommerce and Easy Digital Downloads integrations as well as adding more information on LMS plugins like LifterLMS and Tutor LMS.

Ups always bring some down with them. In the past year, we faced some downs, but it wasn’t anything we couldn’t handle.

Over the course of the year, besides the improvements, we tried to make sure our existing features worked perfectly for ALL users. This led to fixing 20 minor bugs and issues. Along with that, we fixed 9 major issues for a number of our users.

We mention this because none of the issues were faced by all our users. But we fixed them anyway because every customer matters to us!

There may still be some issues that we haven’t solved yet, but that is only because we’re looking to have the best fix. Rest assured, any breakthroughs on our end will be shared with our users as they happen.

For a plugin in its first year, we’ve done pretty well in terms of onboarding new users. As the WPManageNinja tradition goes, we love to add features our customers ask for. We’d rather not guess what you guys want. Instead, we like to listen. Check out our Facebook community to stay connected.

Speaking of the next year, we wanted to keep you in the loop of our development in the coming days. Without getting into details, we’ll share the direction we want to take for improving Fluent Support.

For us, these are the best aspects to improve on moving forward with Fluent Support.

After spending such an eventful year, it’s tough to wrap it up with just a few words. The emotions and excitement I feel are inexplicable. However, I want to end it with our motto, which I believe should be the motto for everyone using Fluent Support to please customers.

“Selling products is important. But efficient after-sales is more important!”

Hello, this is Jewel, CEO & Head of Ideas at WPManageNinja. I am obsessed with WordPress since 2009. My aim is to be a user-centric developer first, and a serial entrepreneur second. You will find me discussing various tech issues and trying to come up with scalable solutions on different forums when I am not busy coding. 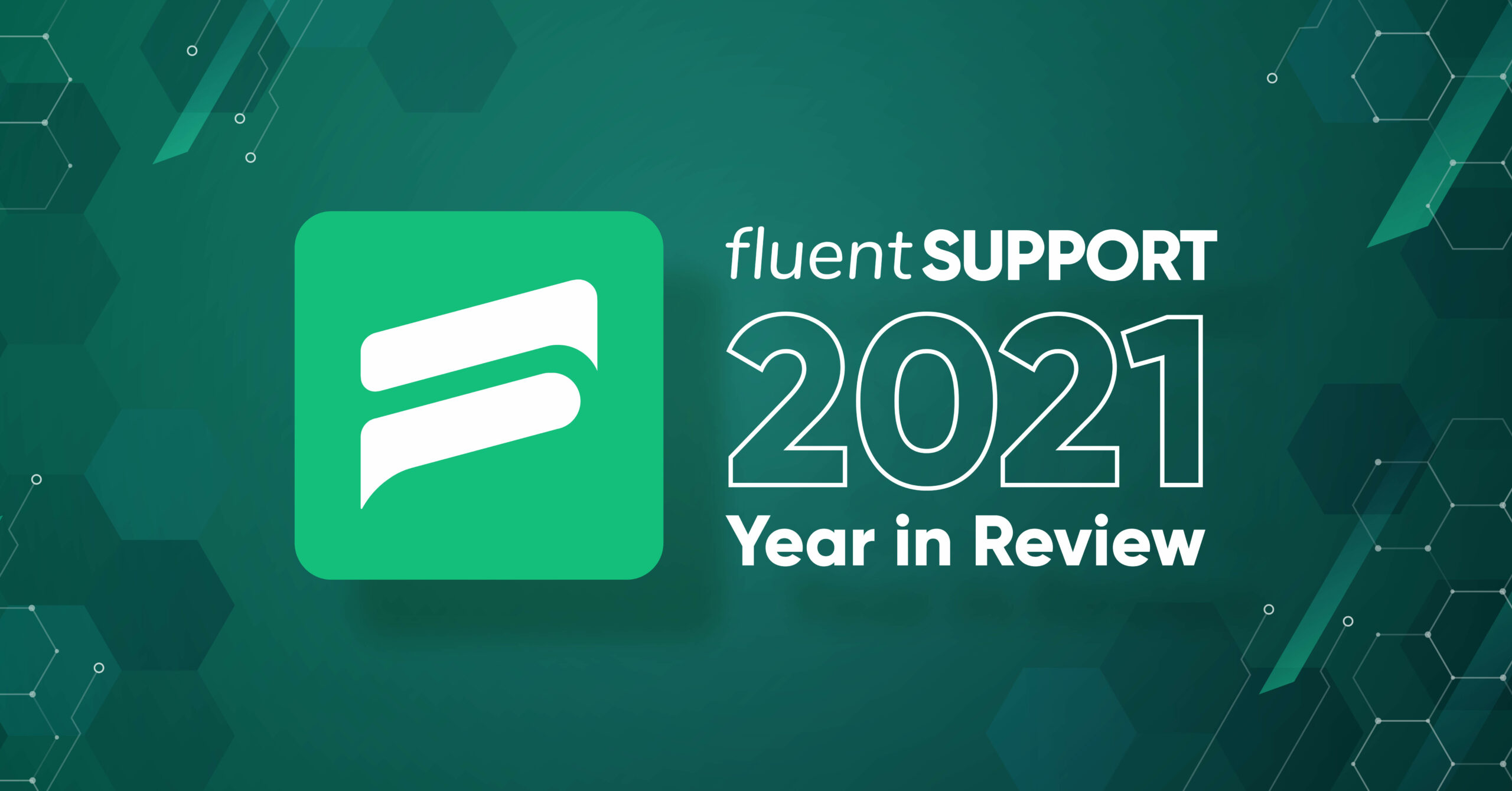 Wow! We’re already halfway into December. 2021 is almost over. What an eventful year! As we are only two weeks away from the end of the year, we would like to look back on 2021 and share some thoughts and achievements.  During the year, we have released two awesome WordPress plugins: WP Social Ninja –… 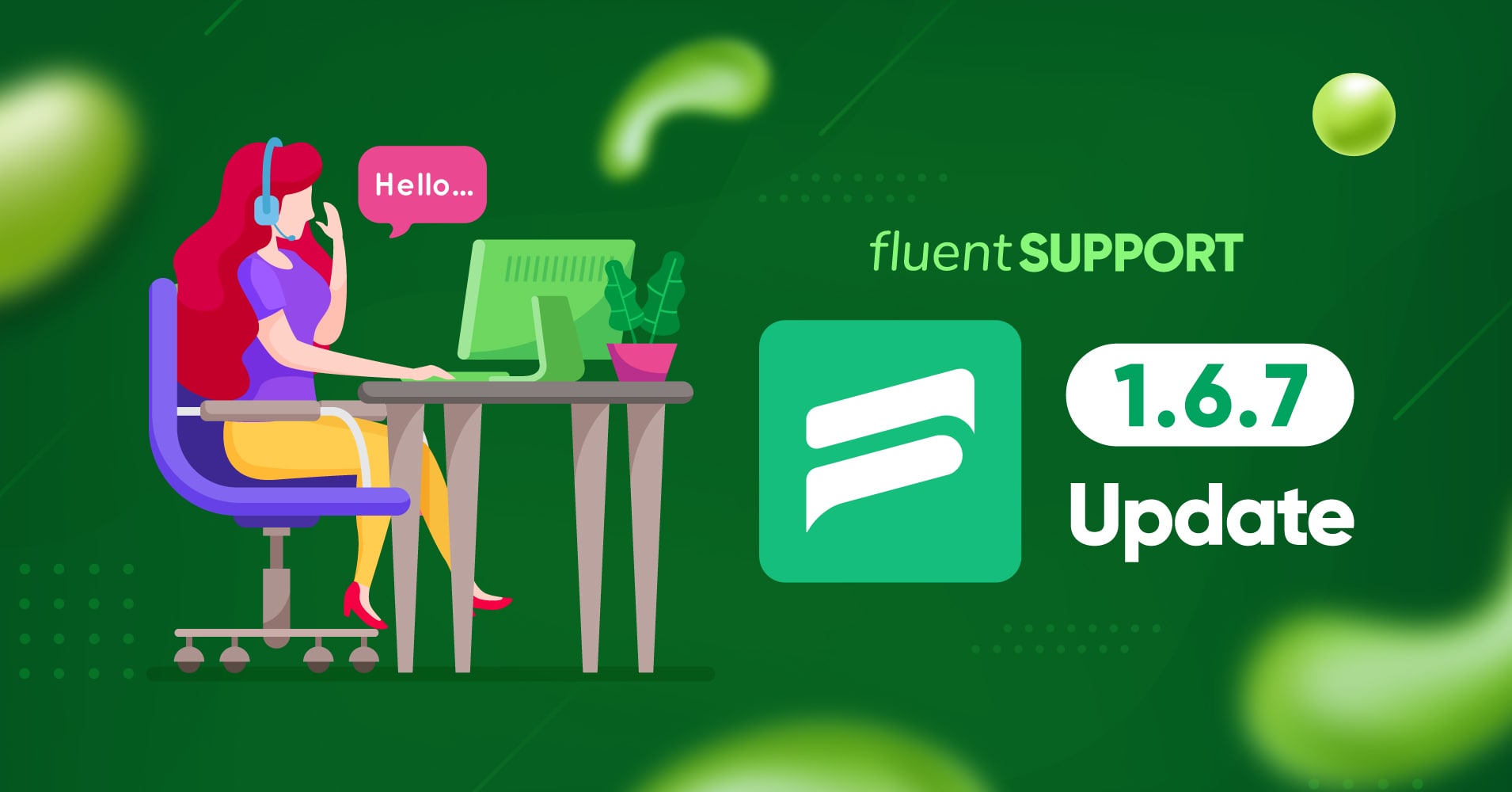 Wow! How fast time flies! Last November 2021, we launched Fluent Support, a WordPress helpdesk plugin for small business owners. And after one year, it is now powering 4000+ small businesses’ customer support! After the initial launch, our main goal was to improve the plugin with continuous updates. As we always do, we listen to… 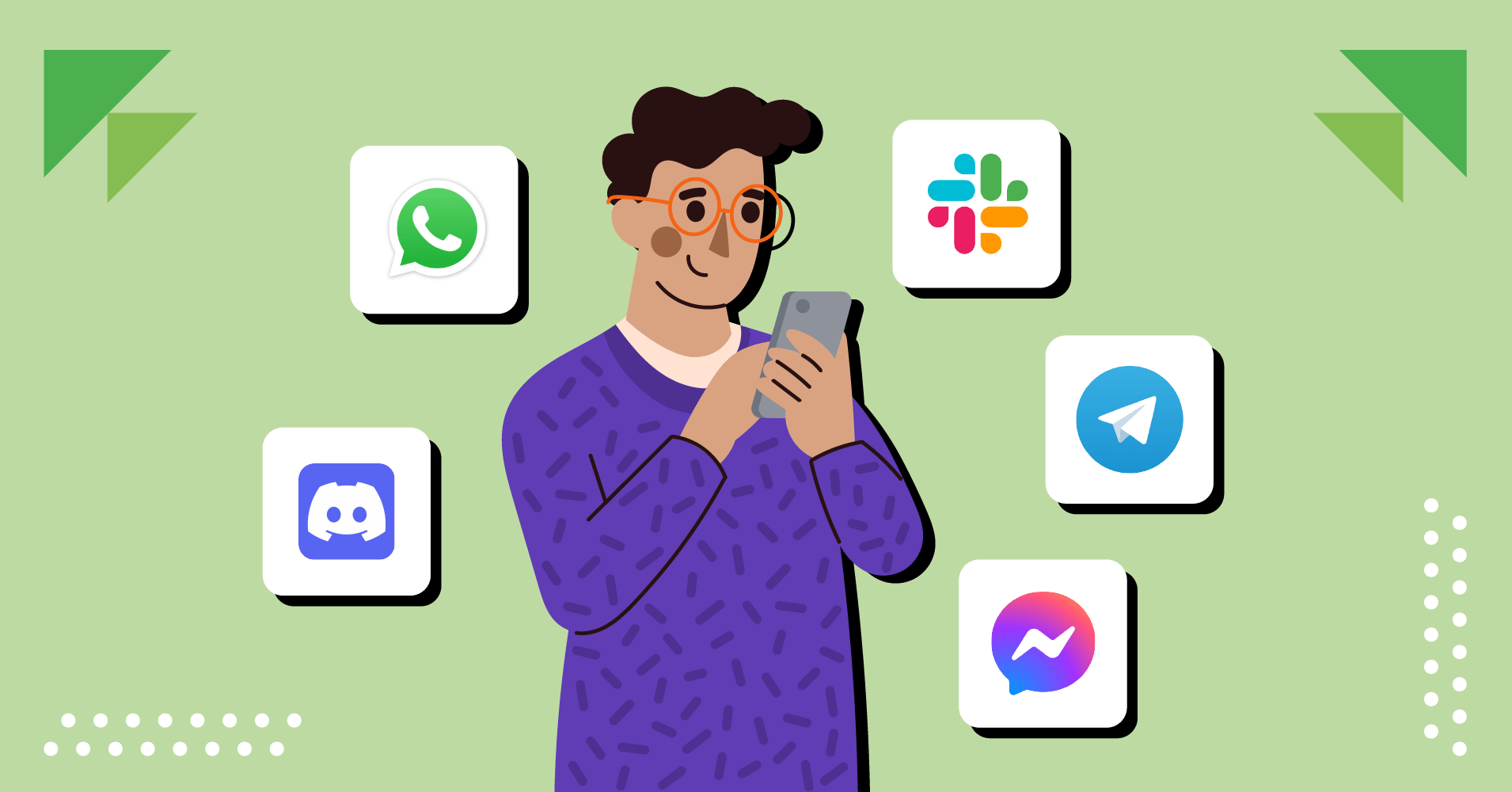 Over 3 billion people are now using mobile messaging apps for daily communications. 90% of smartphone users use mobile communication apps for daily interaction with friends, family & co-workers! It will grow to 3.51 billion users in 2025. Millions of users now use WhatsApp, Messenger, Telegram, Wechat, Slack & other niche messaging services like Discord…. 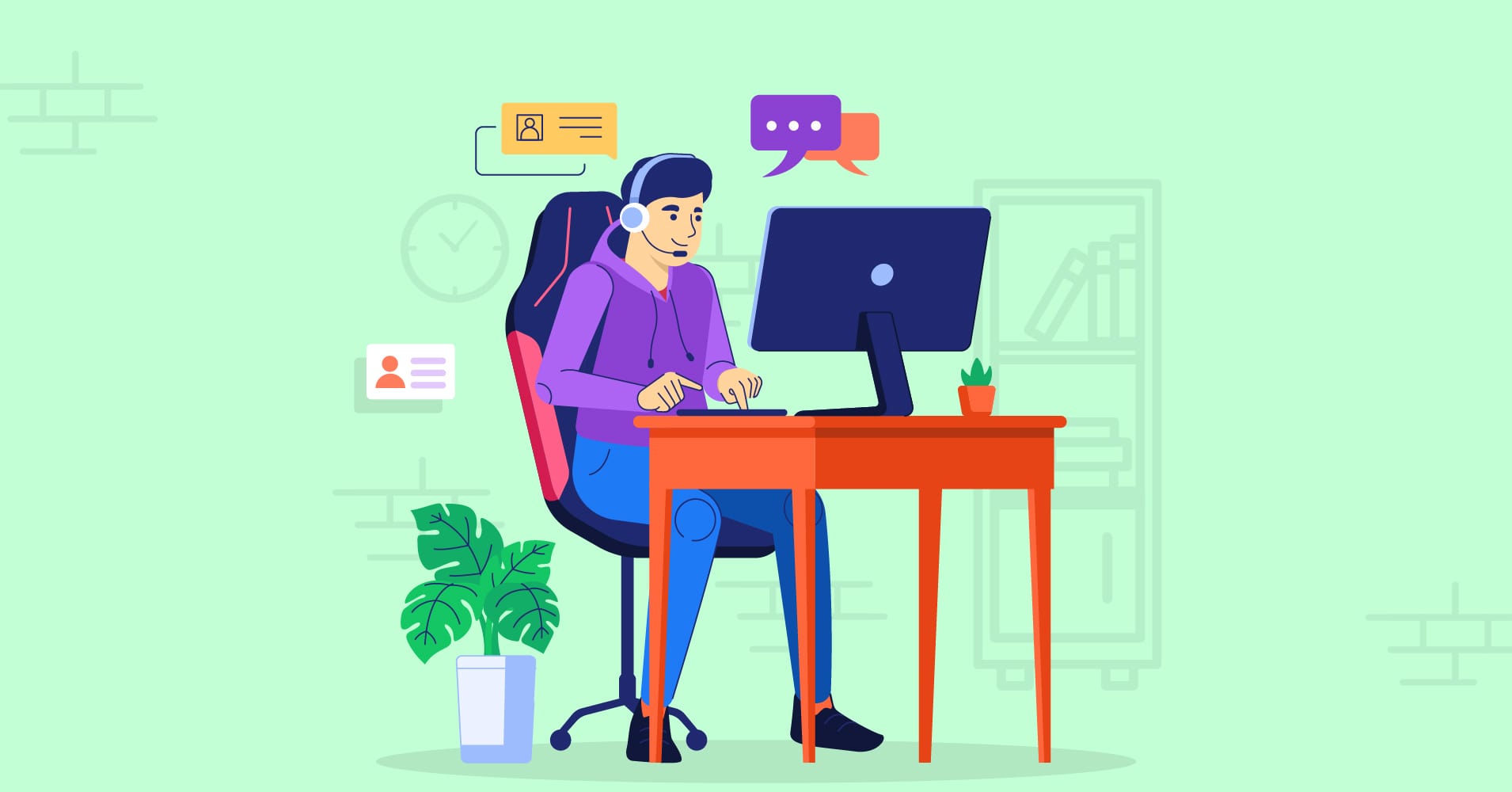 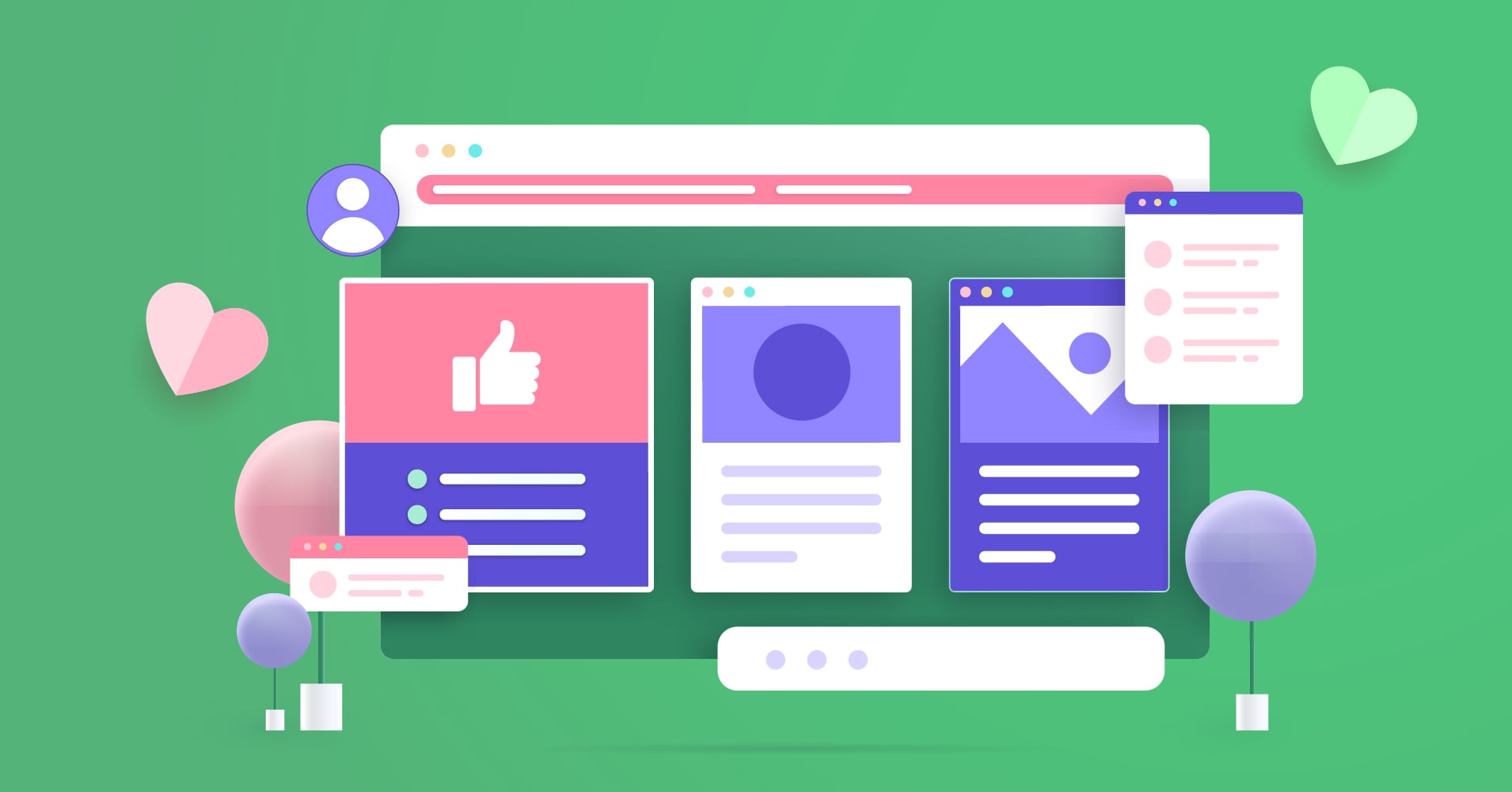 Websites have become a thing that you don’t even think about twice. It takes very little for the average joe to launch a website and make money out of it. However, launching a website that customers love is easier said than done. In this article, we’re going to look at tips for a website your… 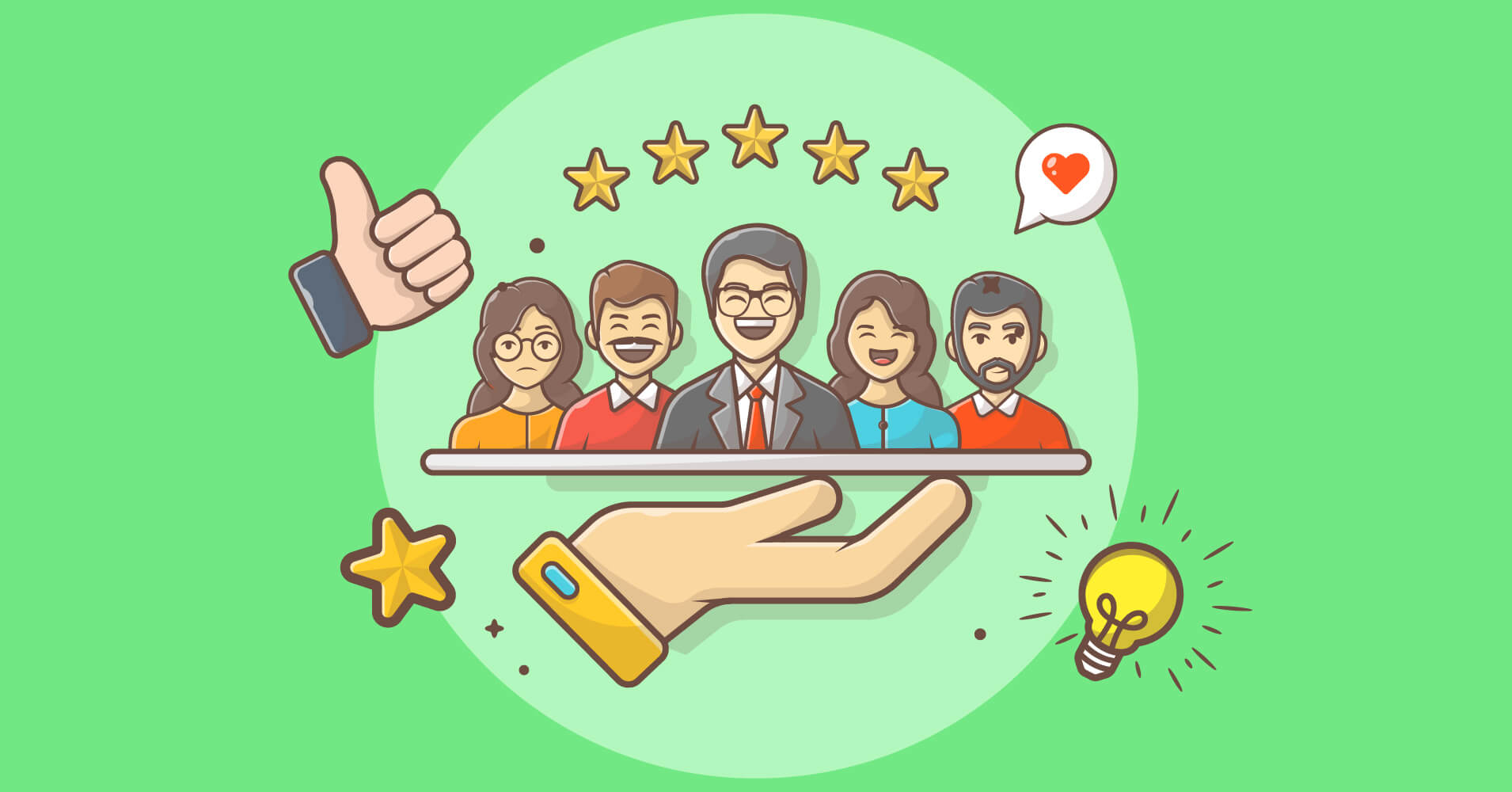 No two customers are alike. That’s a fact. No matter what the business you always need to keep in mind the types of customers you are catering to. While customers may come to your business with similar or comparable needs they might have completely different motivations. Knowing your customers is essential for any strategy. Your… 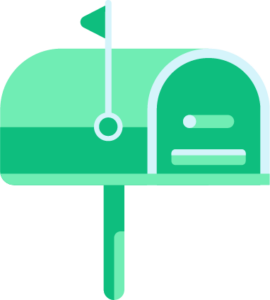 Get our latest blog posts
delivered to your inbox

Actionable tips and tutorials, make the most out of your help desk software!